A downloadable game for Windows

"Now I recall... I've been to this place... Still... Now it is only hoar... The hoar, the frost of our souls that crumbles silently in the last seconds of our being, scooped for the last time from under the layers of electromagnetic lifeforms... My hope for non-return in smashed... Yet, it is now so insignificant!.. The only thing that bothers me - she's not beside... Forgive us... For we are truly guilty..."

The first version of this game was made for the "Gaminator 9" contest on the "Gamin.ru" site, which was later transferred to "Gamin.me" and right now is unavailable (but promised to be back in august 2015). Theme of the contest was "White Silence", so that's basically what the game "is" about. However, it's a kind of a killing whiteness... or a killing silence?

All resources used in this game, including sprites, music and sounds, were created by Xitilon.HD408.

All of those programs are free, or their free versions exist.

Texts were ready by 23.03.2015, but suddenly wild bugs appeared, and I had other problems. 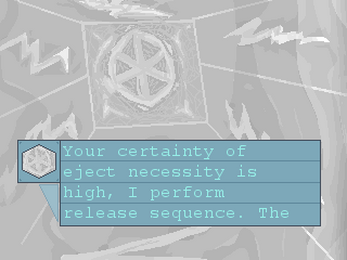 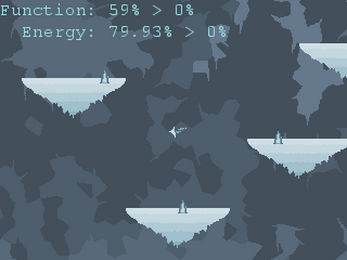 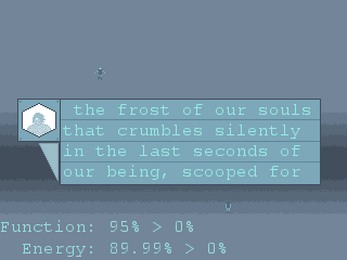 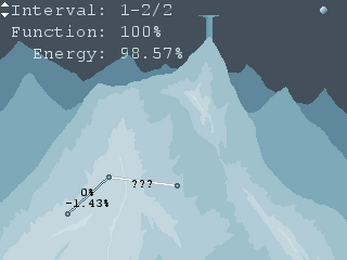